What can Modern Schools Learn from Ancient Wisdom? 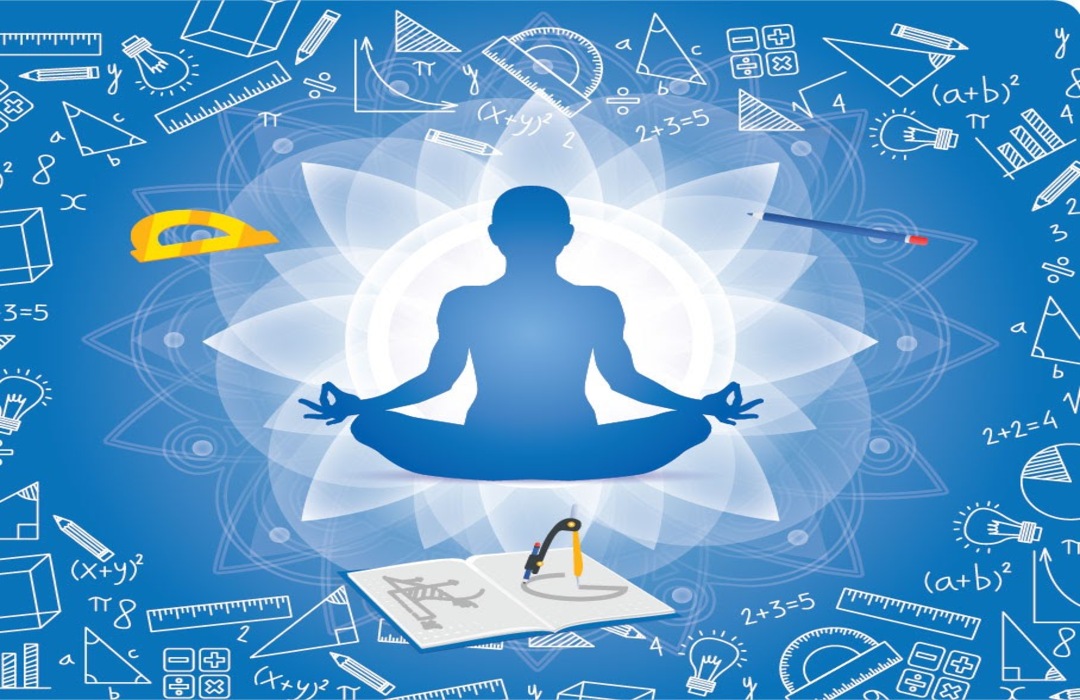 “Ancient Indian traditions may say a lot to modern schools. Only if the schools are willing to listen….”

Once upon a time, there lived a frog who had spent all his life in a well. One day, another frog from the ocean came to its well. The frog from the well started jumping around from one corner of the well to another, boasting of its vastness. For the ocean frog, the well was a joke compared to the ocean. It irked the well frog and it forced its guest out of the well, forever!

This is a story by Swami Ramkrishna Paramhansa. Modern learning is making us the ‘frog from the well’. It proclaims to be ‘open’ and ‘inter-disciplinary’ and yet fears the inclusion of ‘religion’ and ‘philosophy’ which form the core base of learning. Modern learning is ironic. It aims to make changes in a system without understanding it from ‘inside-out’. It will find something and put it to action with no long-term vision. ‘Curiosity makes us grow; eagerness can kill!’. If this is not the case, then why are we tracing our ways back to old times and practices? To name a few – Ayurveda, organic farming, yoga, meditation, and the list can go on. There is not one sphere of life that is not covered in the great Vedas, Upanishads, and Vedanta. That was learning in its true form – OBSERVE, INSTILL, ASSIMILATE, PROCESS, UNDERSTAND and one will LEARN instinctively!

Changing education from many foreign invasions, especially by Mughals and Britishers, changed the perception of learning. In ancient India, the ideal of life was spiritualistic. So, the aim was attainment of ‘Brahma’ or self-realization. In ancient Sparta education was socialistic, and not individualistic. It aimed at producing courageous soldiers. The Romans had a materialistic outlook. The Middle Ages saw education as a priestly affair – formal in character and religious in outlook. By the twentieth century, education became industrialized with the purpose of contributing to human welfare and progress. The aftermath of these changes – losing the true meaning of learning.

The aim of Vedic education was not merely limited to acquisition of knowledge but “development of character” based on the principles of ‘Dharma’. It involved multidimensional approach —- development of moral conscience, personality (self-esteem, self-confidence, self-restraint and self-respect), civic responsibilities and social values, infusion of spiritual and religious values, ethical training, preserving and diffusing national culture, problem solving techniques with ease and calm mind, sharpening intellect and memory, research and development, management as a science, practical education, and achieving enlightenment.

The traditional methods of learning had a holistic approach. They did not categorize everything into boxes of analytical, logical, emotional, social, physical, and psychological. Rather, they treated these as a unit which must function together.

Vedic education comprised three processes: Sravana (listen and understand), Manana (reflect), and Nididhyaana (complete comprehension by realization and experience) – simple but effective techniques. It was done under a residential schooling system called ‘Gurukul’ where the guru (teacher who also acted as a father-figure) and his shishyas (students) lived a life of ‘Simple Living and High Thinking’. They studied, and developed holistically and spiritually. Parishads (comparable to modern day universities) such as Takshshila, Nalanda, Kashi, Valabhi, Vikramshila, Kanchi, Odantapuri and Jagaddala, to name a few mammoth institutions, attracted learners from all parts of the globe. Sammelans (gatherings) held discussions and competitions among the most learned scholars in the country.

Acharya Chanakya in his books Kautilya’s Arthashastra and Chanakya Niti documented political and economic management philosophies and strategies. He brought all the separate kingdoms together in India under a central governance – nation called ‘Aryavartha’. It was the first time in human history to ever see a mention of ‘nation’. For centuries, his strategies have been used worldwide to build a nation with sound economics based on spirituality. A comparable quality of iron used in the Iron Pillar of Delhi can not be replicated by the modern metallurgists. It is the largest hand-forged block of iron from days of yore. The description of advanced scientific techniques in the Vedic literature is far more superior than  those of the modern technological world.

In the current global scenario, fear in multiple forms is instilled into our brain. Indiscipline, corruption, crimes, and inhuman behaviour are a product of ‘modified learning in factories called modern schools promoting the rat race to be ahead of others’. The pandemic has questioned the ’modern happiness and understanding’. People are becoming insecure. Paul Bloom, a psychology professor at Yale, explains the rhetoric of white supremacy. He explains their slogan “You will not replace us” as a chant of worried people to people they think are a threat to their status and way of life. An unethical man is as good as dead. And unaware, we have become unethical in our mysterious ways. The answer to all these problems can be traced back to ancient wisdom.

Traditional methods believed in the natural and unique rhythm of a child for learning from a ‘mixed age community’ in a conducive environment close to Mother Nature with no predisposition to ‘scientific data’, ‘subjects’ and ‘definitive normalcy’. They allowed freedom and hence, learning was at its best. All the major discoveries and inventions were made because the discoverers and inventors were free — free from the boxes of preconceived notions. The fun of learning lies in being wild and not in being tamed. “Everybody has a sense of music in them but not all of us can play a harp”. The current education system of making everybody learn the same things in the same way, at the same pace, in the adult-directed environment of same-age people with the same objective is ignorant in the first place. Ironic enough, this same ‘ignorant education system’ teaches – “Ignorance kills Learning”.

“A civilization is not built of bricks, steel and machinery, it is built with men, their quality and character.”

Traditional education had realized men as social beings. It emphasized on social duties equally. The shishyas were made aware of their duties outside the walls of Gurukul including the importance of being a good child, spouse, parent and citizen of the nation. They honored the code of all the professions. Equality was fostered by providing the same simple living conditions and everyone doing all the basic chores such as cleaning, cooking, and others.

Women during Vedic and Upanishadic age enjoyed equal rights in education as men. They were honored and respected in society. The girls were literate in a variety of subjects – religion, literature, dance, music, and other fine arts. Many ‘Sanhitas’ of Rig Veda were composed by women.

There were not just Rishis but Rishikas, and not just Gurus but Gurvis.

“Experience is a hard teacher because she gives the test first, the lesson afterward.”

People are told to learn from their ‘experiences’. In a robotic world of ‘do(s) and don’t(s)’, it becomes hard to truly experience things. In the journey of ‘You should be this’, one loses the fun experience of ‘I could have been this’.

Traditional methods focussed majorly on ‘inner experience’ – living experience from inside to unfold the metaphysical truths of nature. Self-experience was considered as true learning. The effectiveness of the methodology can be realized from the attraction of so many quantum physicists from around the world to the Vedas in India – Quantum Physics being one of the highest and most researched fields in Science.

One of the brightest minds on Earth to ever live, Albert Einstein, once said “We owe a lot to the Indians, who taught us how to count, without which no worthwhile scientific discovery would have been made”.

So how do we bring this Ancient Wisdom into our schools?

Modern schools have to bring multiple reforms in their approach to revive learning. They have a broader role in cutting the clutter of packing too many things in a child’s schedule and employing natural, democratic, and experiential and interest-led learning. The Aryasamaj Gurukul, the Sanatan Dharma Rishikula, and the Santiniketan School have stood as prominent examples of modern institutions at successfully attempting a revival of Ancient Wisdom in the present age. Modern schools such as Isha Home School, Rishi Valley, Mirambika and Prakriti have espoused some of the ancient wisdom in the way they teach.

Some of the ways of achieving these three major zones of learning, inspired from traditional methodology, are:

* The modern infrastructure should be conducive and close to Mother Nature for students to experience mindfulness. The educators must have faith in the child’s natural rhythm. By embracing joy and curiosity, learning will become a life-long process. Encouraging mixed-age learning is important for the overall growth and development of a child. Following Guru-Shishya Parampara will develop a natural feeling of respect for elders and others in the society. Activities, training workshops and other methods can be employed to develop a bond of security and trust between teacher and student. The pressurizing ‘rank-based’ system driven by academic performance must be replaced with a ‘value-based’ system driven by a perfect combination of academics and extracurricular activities to promote the uniqueness of a child and make them better individuals.

* Socialization of individuals through education is important for passing down the democratic ideals to the society. The students’ learning must be aimed at contributing to the community. The qualities of scientific temperament of mind, tolerance, brotherhood, cooperation, sympathy, empathy, discipline, standing up for social justice, and discipline must be developed. The schools should provide administrative support and community connections for professional development. This can be achieved through resource allocation and goal-setting with expected outcomes.

* The learning must be encouraged through self-experience and an interest-led approach. Rote learning and a rigidly defined-curriculum should be discouraged. Children should be helped to develop the skill of meta-cognition, i.e., “how do they know what they know”. Learning should be inter-disciplinary with art, music, theatre, all integral parts of ancient knowledge in India, should be well-integrated into the learning domains of languages, math, and sciences.

At the core, it begins with inculcating love for India’s history and source of knowledge and discoveries to the rest of the world.

It has been centuries since the Britishers have destroyed our culture and Science. The majority of Indians still see the ‘problems’ in us as a nation which has always stood the test of time. Understanding and learning from ‘Abrahamic Lens’ is not going to help the cause. Unfortunately, modern schools have blindly followed the same path. At this point, it is not likely to completely revert to the traditional age of Vedas, Upanishads and Vedanta. Yet, inculcating the learning, approach, and methods from them into the modern system will aid in getting back on the path to true learning. ‘Religion and God’ should not be seen as abstract anymore, but rather as pure science. We already have a dormant form of everything within us. Take a few steps back and find the ‘lost Science’ preserved in our vibrant and glorious ancient culture. This Science does not ask to cut things to the core to learn. It makes us learn things by building up. It is based upon the philosophy of life. ‘Learning from it will show us the way to life’.

“Like fire in a piece of flint, knowledge exists in mind. Suggestion is the friction which brings it out.”

Shreya is a writing enthusiast and an educator. She holds a Master’s in Biology from University of Delhi.