Knowing about the city one is living in is the most important thing. It is important for children to know about their surroundings politically, geographically and historically .

This project was undertaken to let students record facts about their city and know about the city they are living in. We started the project by focusing on the terms and vocabulary related to geography that have to be dealt in the project for example landmarks, landforms, etc. Then we discussed map related vocabulary such as title, source, scale, gridlines, etc.

Then we discussed the physical geography in which we talked about mountains, valleys, plains , plateaus, etc. and instead of feeding the students directly with the definitions of these they were asked to derive and understand the definitions on their own by seeing the pictures or videos.

This gave students a detailed overview about the map of their city, also about the benefits of Map.

After this the students were given a text on “geography of Noida” which helped them to know their city well, the text was about, what all districts are there in Noida, what all villages are there and how many are there and  where they are, the climate of Noida, etc.

After this we came to Delhi, and the students were given a video on “Timeline of Delhi”, this video showed how Delhi used to be earlier before the development, how it used to look like, what vehicles were used, how roads used to be, etc. along with this certain words were given to the students and they had to find meanings to them and write that in their own words.

From here we moved on to “the birth of a city”. The students were given a text on “Birth of a city” from the book “the lonely planet”, this book talks about how a city was formed from a village, it talks about recreation and culture where it shows why museums/ parks/gardens were made by the city planners, how they wanted the future cities to be, life under the ground like subways, sewers, etc. the whole book was read chapter wise according to the 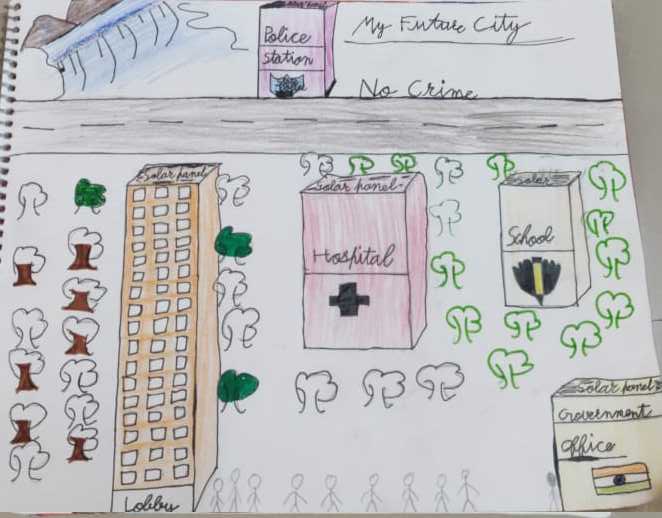 topics picked up during the theme so that detailed and in-depth discussions could be made Before the class students were provided with the chapter of the book which talks about the birth of the city  so that they can read the text before the class and discussions could be made during the class. This text gave students an overview about how a city is formed, and the formation of a metropolis city from a village.

This text gave an understanding about how buildings are formed, what is there in them that hold them for many years, what materials and what machines are used to make huge buildings, how the planners of the city had planned the city in a way so that people have places where they can hang-on, they have made cafes, museums, stadiums, etc., then it showed different types of houses, it showed different workers and work types, etc. students were given a space to explore and observe how and why things, buildings, museums, gardens, etc. are made and why were they made.

Along with the text vocabulary building was also looked at, whenever students encountered any difficult word they were asked to stop on that word and derive the meaning of the word on their own by re-reading the text and form a definition on their own. The definitions formed by them were also written on the PowerPoint presentation so that every child can read and write the definition, this led to oral and written communication. These new words were better understood by the students as they derived the meaning on their own.

Then we moved to a topic in which students were asked what are some of the problems faced by our city today they gave many pointers such as poverty, overcrowded, more air pollution, corruption, etc. Based on this students were given an assignment in which they were asked how they want their future city to look like the answers written by students were marvelous, they actually went through a deep thought process to answer this question.

Since Metro has become the most used public transport therefore after having a discussion on the birth and formation of a city we moved to Metro and its map. There was a discussion on Metro followed by a detailed discussion on its map and students were given a worksheet on the map of Metro and were asked questions from the map which required great observation of the map.

Then we moved to a topic in which students were asked what are some of the problems faced by our city today they gave many pointers such as poverty, overcrowded, more air pollution,corruption,etc based on this students were given an assignment in which they were asked how they want their future city to look like the answers written by students were marvelous, they actually went through a deep thought process to answer this question.

Students did a very detailed research and the presentations made by them were brilliant, they took help from the facilitator, parents, grandparents, web search, and their own experiences while visiting that monument.

Students were given their time to present the monument in the class and the whole class had to be led by them, the other students were asking various questions from the presenter. Students had their space to share what all they have researched and others could ask any question around the presentation, this gave a scope for peer learning, the students also made the pictures of the monument that they chose.

After this we moved on to the history of Delhi monument by monument. Before the class students were given texts on the history of Delhi, these texts were focused towards the cities of Delhi and the dynasty ruling there history of the ruler as well, etc. We moved from dynasty to dynasty and started from the very first city which was Indraprastha, During the class discussion was made on the following pointers-: 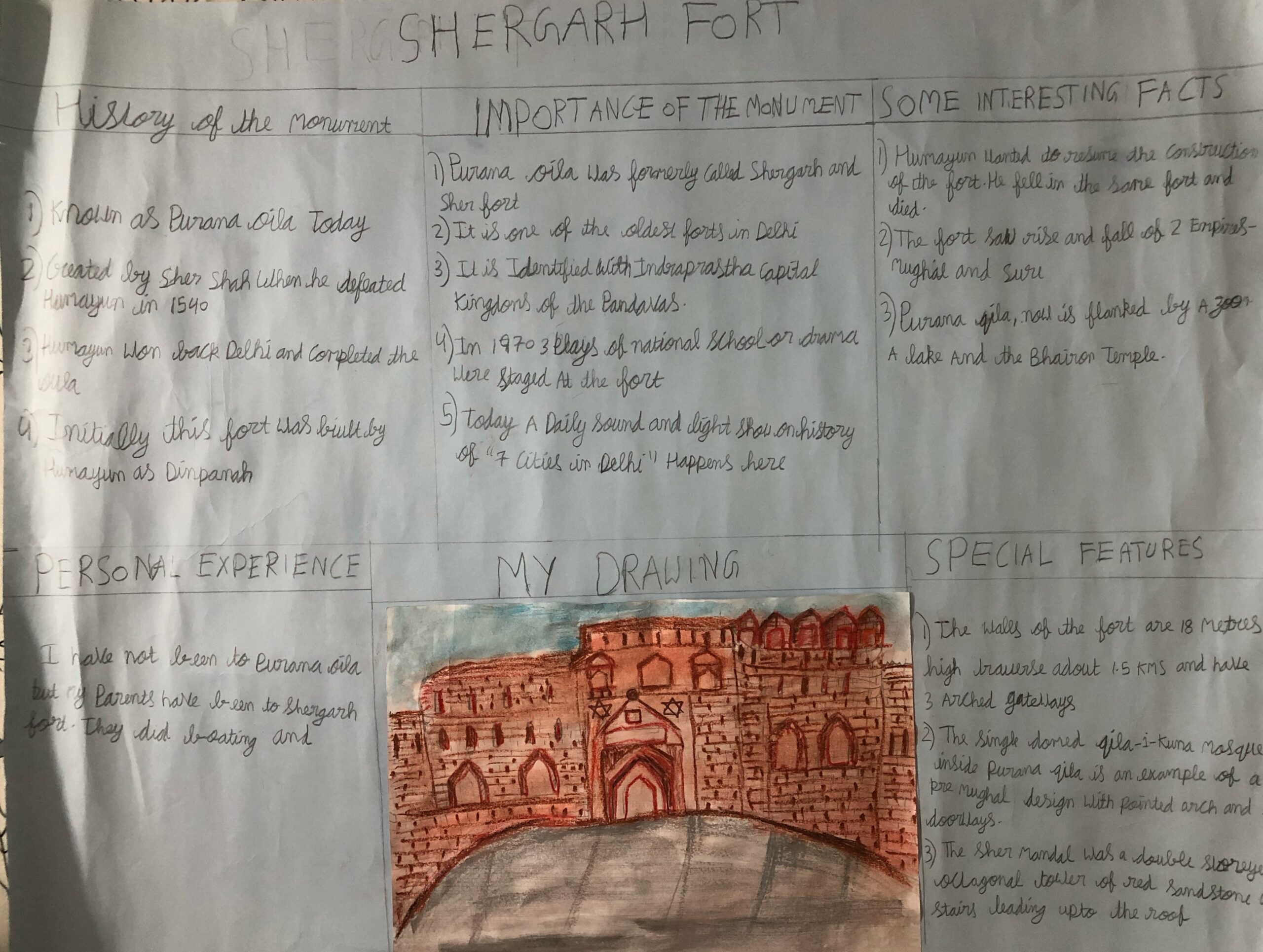 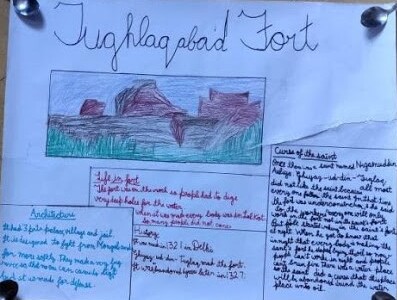 During the discussion the presenter of the monument of that city was also giving in their points which they read during the research of the monument. The students were imagining during the presentation that if they would have been born in that time then they would have been ruling a city and they would be having a throne to handle. This project gave students a space to research about the facts of their city, history of Delhi, monuments, and formation of a city, during this project students developed mapping skills, observation skills, questioning skills, etc.