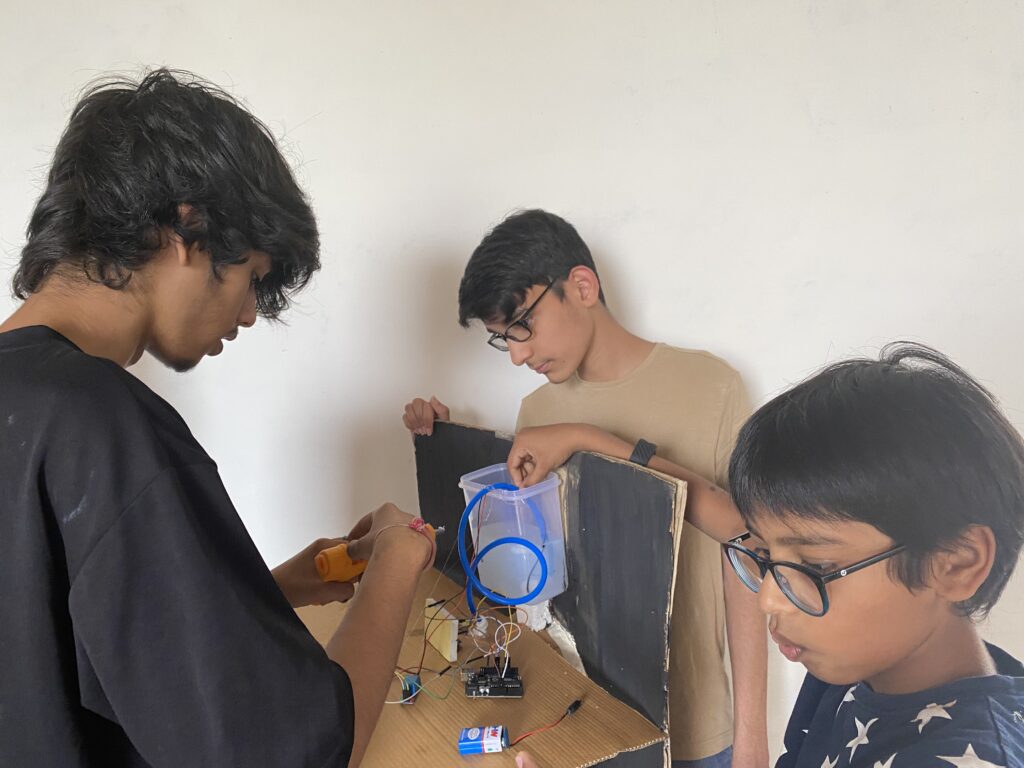 We began teaching Design & Technology under the Cambridge (IGCSE) programme to our incoming Grade 9 this year. As an immersive workshop before starting the coursework, they worked on an automated hand sanitiser prototype.

Learners were given the brief to research, design and manufacture a prototype hand sanitiser dispenser for a user of their choice in the style of an existing designer. The project aimed to introduce learners to design and technology by merging graphic design and systems and control disciplines.

The research involved analysing existing dispensers, creating a designer moodboard and interviewing a user. Learners were inspired by designers including Gerrit Rietveld and Louis Comfort Tiffany. Through the analysis and user interviews, learners decided how their dispenser should work. They created flow diagrams to understand the workings of automatic hand sanitiser dispensers using sensors. Some groups opted to use Arduino kits to program and create a touchless dispenser and other groups opted to use a switch connected to a motor and battery.

Using what they learnt in their research, learners sketched designs and worked in groups or independently to make their prototypes. They used corrugated cardboard to make the structure before installing the sanitiser dispenser mechanisms.
The next step in the design process would be to test and evaluate their products, gather user feedback and plan refinements. 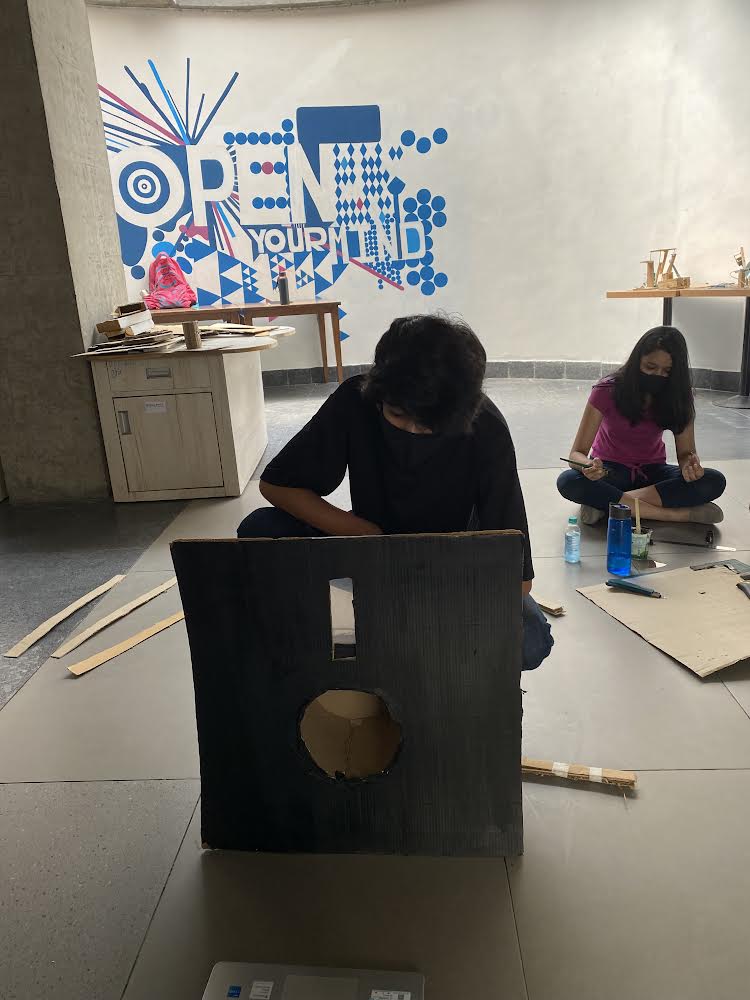 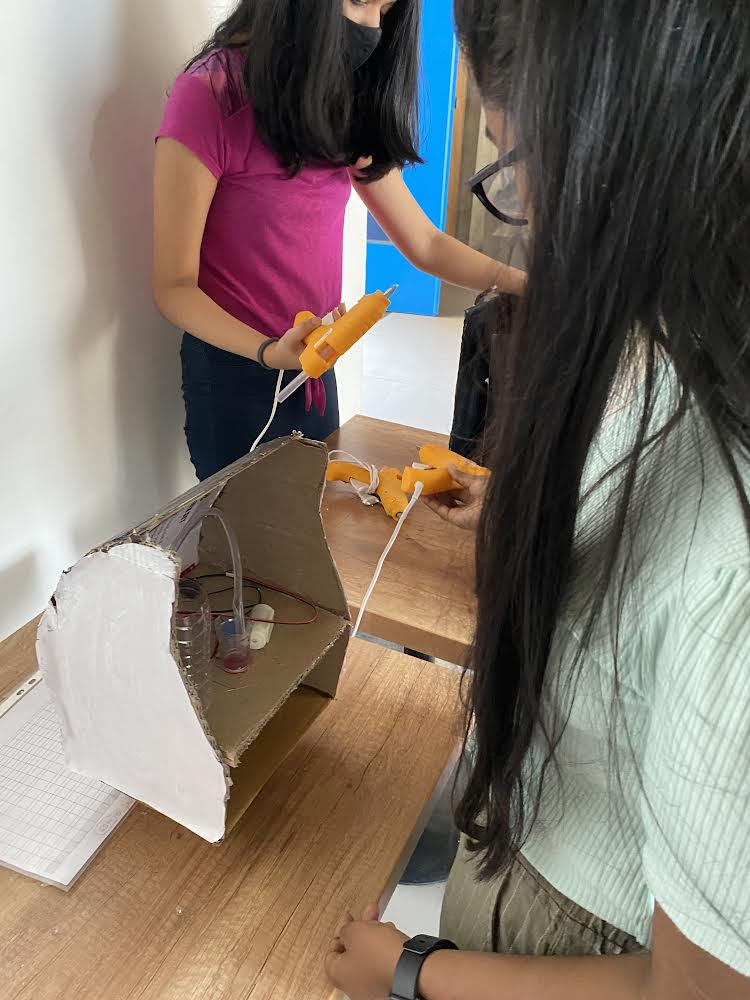 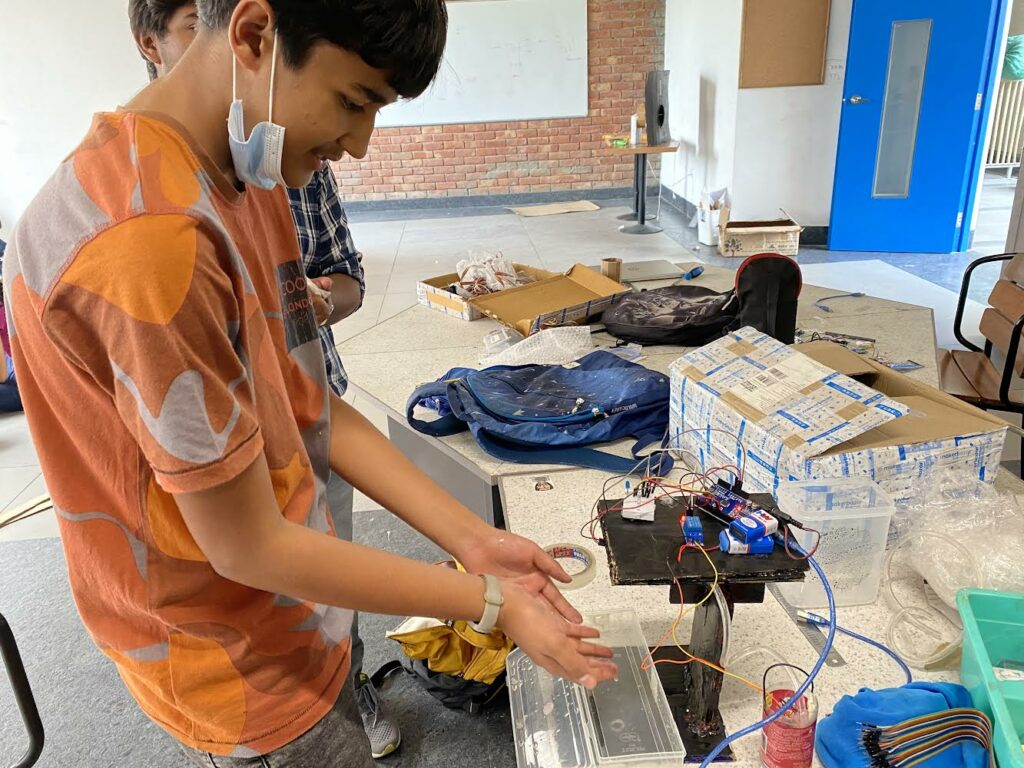 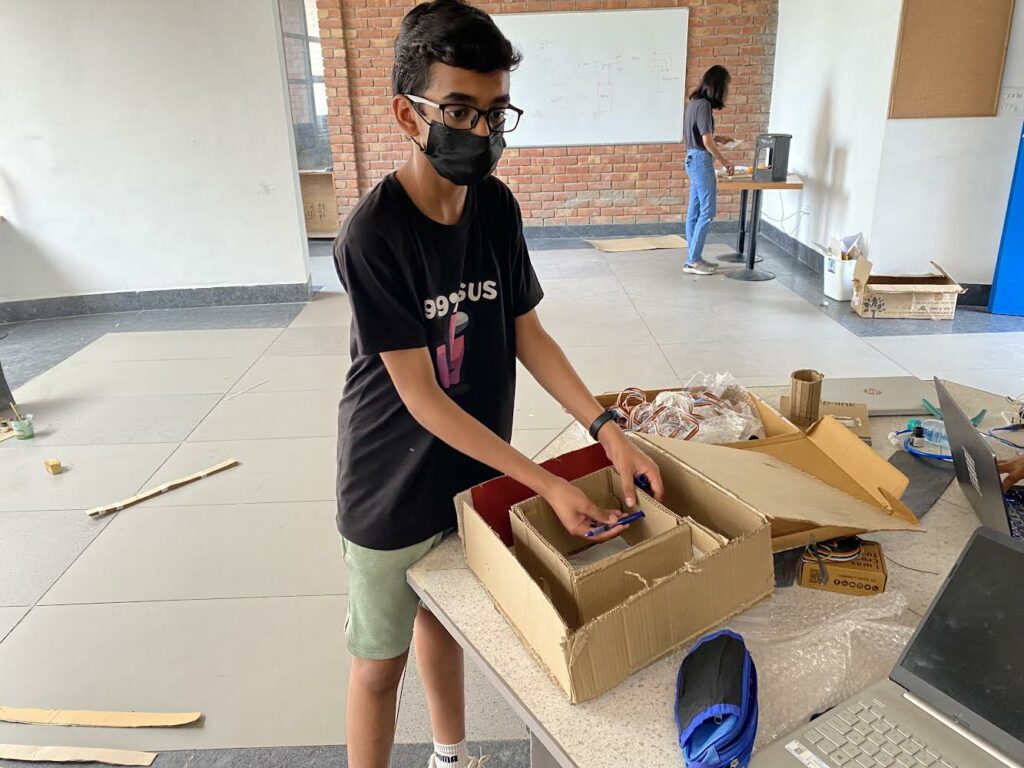 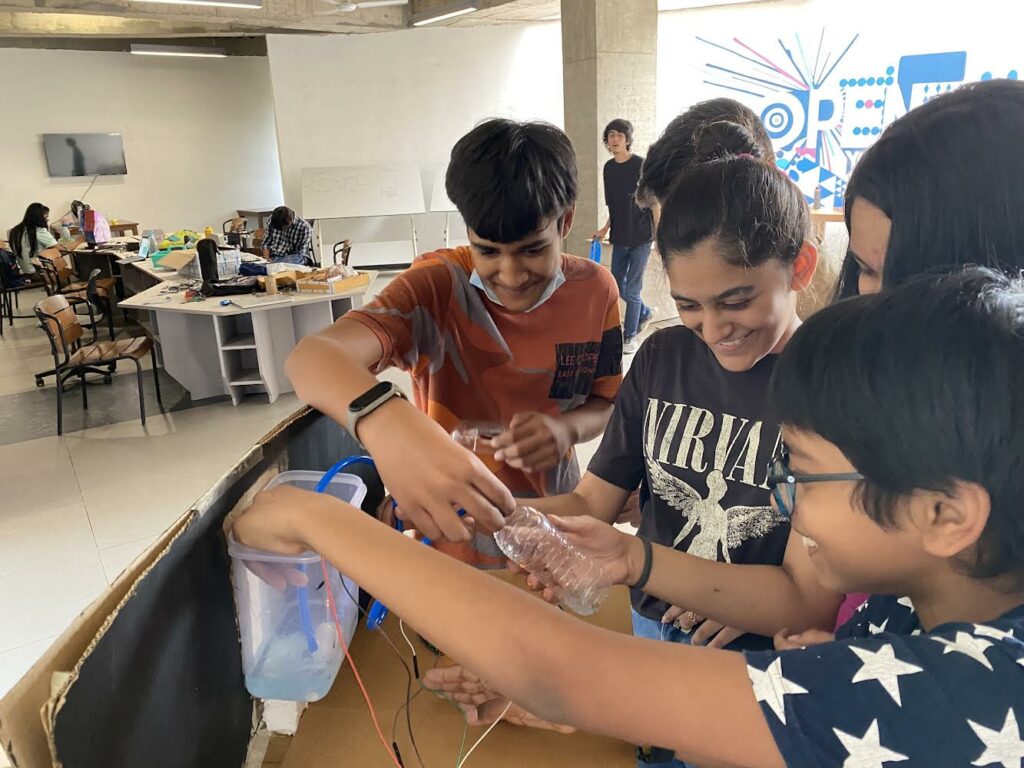