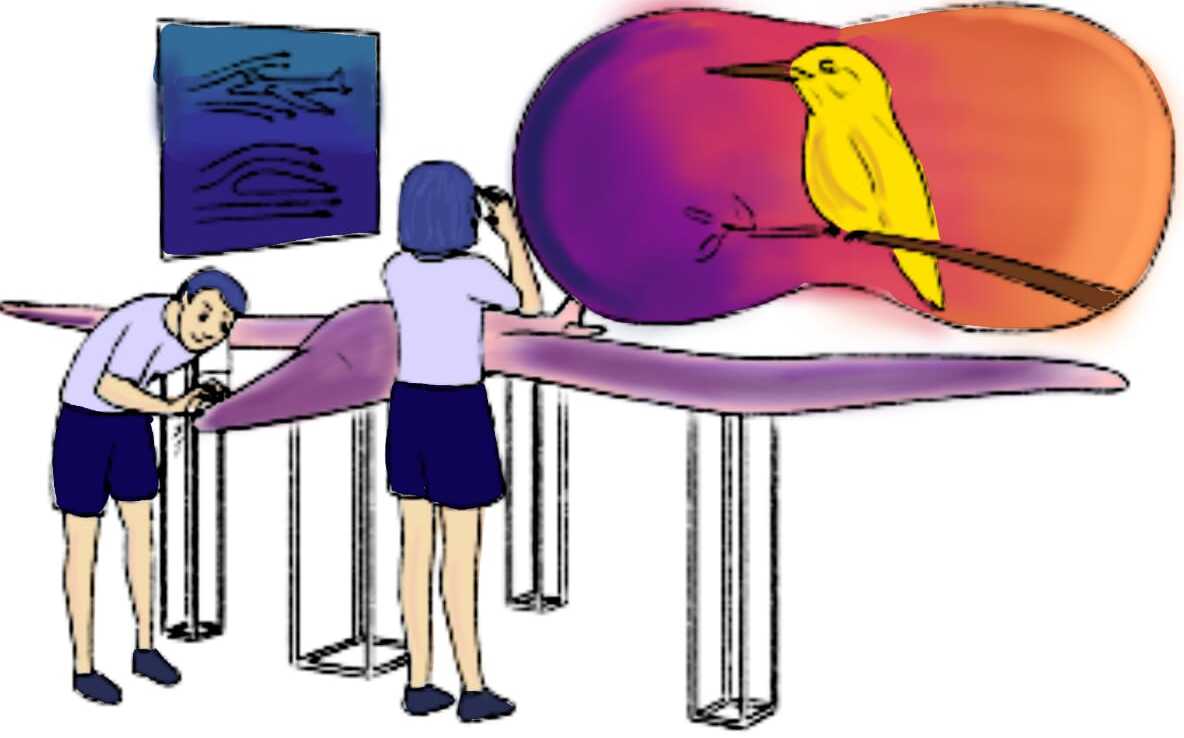 “The home is mankind’s first and most basic school. Home-centred education is as old as civilization itself, commencing long before public schools were organized or even conceived.”

From ‘Gurukul Parampara’ in ancient India to the period of colonialism, homeschooling has always been around for centuries. With the advent of industrialization, establishment of emphasis on education through schools began. Following the Civil War in America, education started becoming state-controlled with the sanctioning of compulsory attendance laws. The rest of the world eventually followed in.

Gradually, the schools became categorised. Bureaucracy took a hold onto it. The founding principles took a jibe as schools designed with the purpose of inculcating moral and ethical values transformed into war rooms for jobs.

“The idea is to educate, not follow anyone’s schedule about when something should be studied.”

The Rise of Homeschooling

Homeschooling, an informal system of parent-led education at home, re-emerged in the 1970s. Before this phase, it was seen as an alternative form of education fringing at the periphery of mainstream educational systems but now it is prevailing on the borders of the conventional systems. The prominent reasons behind adoption of this alternate system against traditional schooling are cited as schools becoming too broad and not deep in learning, families’ preference for spending time with their children and providing individualized learning from nature, travel or ‘real-life sized books’. The other reasons include costs of schooling, learning at one’s own pace, self-selecting peers and avoiding the negative social influence and abuse in schools.

The dark clouds of misconception levitating over the system of homeschooling include academic performance of homeschoolers, their social skills, and success in the real world. A wide range of studies by organizations such as NHERI, HSLDA, BBC, IGI Global, USNews and academic researchers such as Ray, Richman, and others have proven the efficacy of homeschooling.

The home-educated typically obtain 15 to 30 percentile points higher than public-school students on standardized academic achievement tests such as SAT (Scholastic Aptitude Test) and ACT (American College Test). It was found that homeschoolers are increasingly recruited by colleges and 50% of the homeschoolers attend college (Ray, 2015). About 87% of the studies on social, emotional, and psychological development of the home-educated showed that they performed better than students from public schools and the difference was statistically significant. About 69% of the studies dealing with the success of homeschooled adults in the real world showed a statistically significant performance than adults with education from institutions (Ray, 2017).

Homeschooling has grown impressively around the world. During March of 2021, around 8-9% of school-age going children accounting to 4.5 to 5 million were homeschoolers in the grades K-12 in the United States which previously accounted to 2.5 million, i.e., roughly 3-4% in the spring of 2019 (The U.S. Census Bureau (2021) and the U.S. Department of Education (2019)). This surge can be explained due to increased engagement of the parents with children during the pandemic’s lock-down.

Is Homeschooling for Everyone?

Parents play the role of protagonist in this saga of homeschooling. It requires a significant amount of time, is emotionally demanding, and requires structured planning. A right balance must be struck between their role as a teacher and a parent. Lack of conviction, feeling of incompetency and unpreparedness, disagreement between parents, discipline issues in children and parents, unrealistic goals and expectations, lack of personal time affecting their mental health, and financial strain along with other unforeseen situations are the most common reasons behind quitting of homeschooling by parents. These are serious issues to be addressed, failing which can have catastrophic outcomes. Homeschooling is not for parents who get anxious about learning delays or are about meeting standards on traditional skills such as literacy and numeracy. 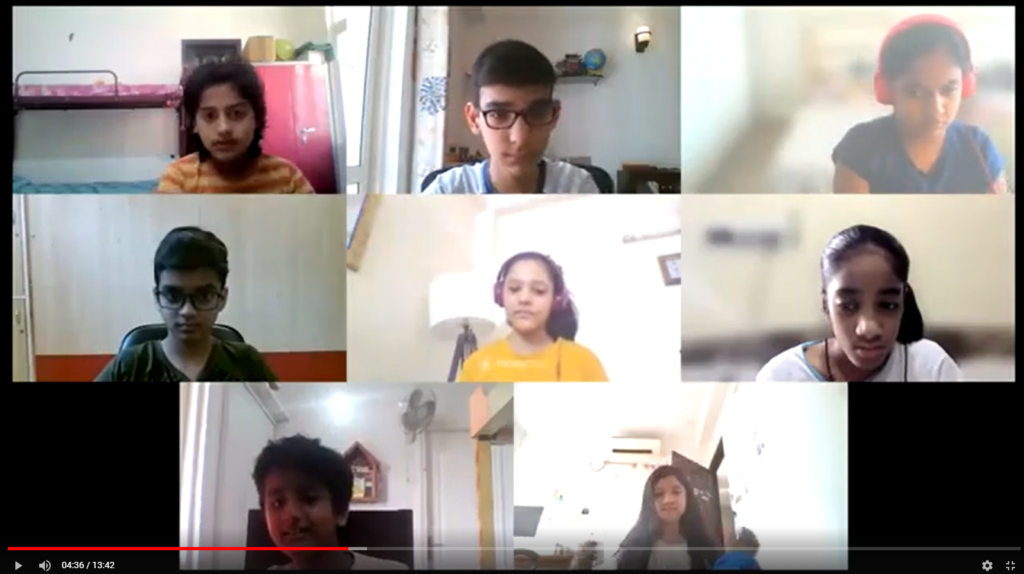 Are the schools becoming redundant?

It is the ‘question of the hour’. The current lockdown and the changing work of people have opened their minds towards the possibilities of active learning at home. Anecdotal evidence suggests that many have withdrawn their children from conventional schools and are exploring homeschooling alternatives. However, home schooling not only requires a shift in mindset but also changing lifestyle preference. It is a commitment on part of the families to accept reduced or no work for at least one of the parents, for periods longer than a couple of years as it is an investment that yields results only in the long run.

John Dewey, a renowned American philosopher, had said that  “Education and learning are social and interactive processes, and thus the school itself is a social institution through which social reform can and should take place”. Dewey, a flag bearer of the constructivist approach to learning – inquiry- and experience-based learning, believed that in the presence of a ‘teacher’ or any other ‘more knowledgeable peer’, the process of learning would transform the student into an autonomous and self-efficient entity while mastering the content. Another popular theory, Social Learning (Albert Bandura, 1977), emphasizes that people learn through observations. This theory gave birth to the Social Cognitive theory which states that learning takes place in a social framework. It emphasizes the existence of a shared interaction among the environment, behaviour, and person.

Conscious teachers act as scaffolds to learners reaching their zones of proximal development. The positive role models in the form of peers can foster desirable behaviours. Thus, at least the progressive schools with learner-focus are not redundant. Traditional school system is outdated globally because of the internet.

In India, the Right of Children to Free and Compulsory Education Act (RTE) renders formal education as a right to children between 6 – 14 years of age. Homeschooling being an informal system of education is thus outside the purview of the government. Schools in India are not required to keep a record of schooling of students until Grade 7. This implies that the Government has left it to the discretion of the schools to accept homeschool learners back for participation in board examinations.

However, there is no provision of appearing as a private candidate in IB (International Baccalaureate) board. The universities in India do not accept private candidature in boards other than NIOS. There is an option for the parents to skip Grade 10 exam altogether and appear for A levels (Cambridge) directly. However, leading universities look for a consistent academic record and might ask for Grade 10 scores.

Many other notable institutions providing homeschooling as an option to families in India include Wolsey Hall Oxford, 21K School and Prakriti. Wolsey Hall Oxford provides Cambridge courses,assignments, and mentors to parents for completing the academic requirement. Prakriti is an alternate school. It combines flexibility that homeschoolers need with the structure for alignment with Cambridge certification in Grade 10. Learners can participate in its classrooms that are all enquiry-led and assignments that are mostly research-based. They can choose to take the school’s diagnostic assessments. Prakriti provides social-emotional education through “circle time” and individual dialogues. It encourages the learners to participate in immersions in schools and outdoors. The individualised learning support at Prakriti’s small-sized classrooms offers differentiated learning based on interests and skills of the child. 21K School is an online school set up primarily to cater for those looking for virtual learning.

Way forward in the new normal

For parents who have been ‘homeschoolers for life’, the pandemic has only presented options for support from virtual schools. For parents of school-going children, who have gained confidence about supporting the child’s needs at home, the decision is whether to continue with homeschooling or not. Answer to this really depends on the aspirations of the family vis-a-vis certification, availability of resources and peer network both for the parent and the child as well the opportunity for the child to travel and learn. Fortunately, we have alternate schools like Prakriti offering a hybrid system of education that engages the learners individually and offers social learning. It is inevitable that the perspective on conventional schooling will change and schools will have to adapt to the new normal. However, whether the niches will become a mass movement is to be seen. As a century old experience of education of progressive and conventional schools in the US has told us, the masses equip themselves for industrialization of the time and not of the future.

“We want education by which character is formed, strength of mind is increased, the intellect is expanded, and by which one can stand on one’s own feet.”