A Literary Visit to Gandhi Smriti 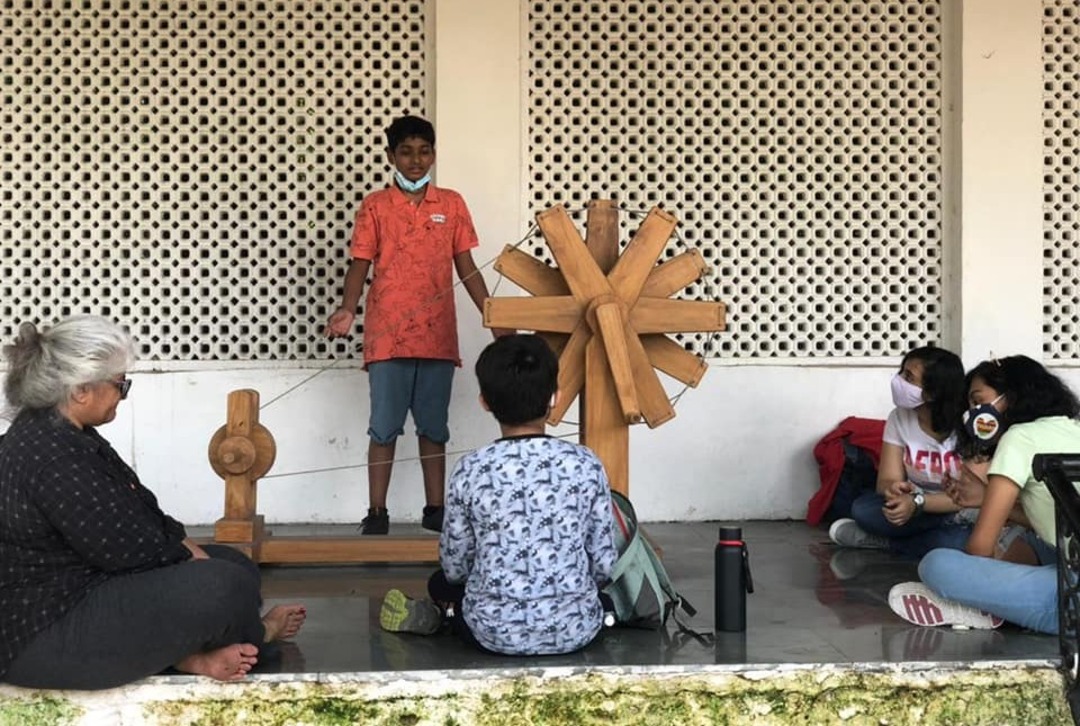 Our middle school learners were at Gandhi Smriti today to learn language skills in the context of an important freedom movement. Britishers had forced upon Indigo plantation on Indian farmers for their commercial pursuit that led to starvation and uprising of farmers in Bengal (1858) and later in Champaran, Bihar (1917) under Gandhiji’s leadership. Today marked an important step in their appreciation of the movement and many Gandhian ideas. Every child brought a story about a significant individual or an event related to independence. An appreciation of the context was made by reading the following poetry and sketching the emotion expressed.

The fields flame with it, endless, blue

as cobra poison. It has entered our blood

and pulses up our veins

splits open the flesh of our faces,

through the fingers. Blue dyes the lungs

when we breathe. Only the obstinate eyes

refuse to forget where once the rice

and pushed up reed by reed,

into our eyelids, the broken dark,

the torches of the planter’s men, fire

over our huts, ripe charred grain

screaming in the voices of women

dragged to the plantation,

In the worksheds, we dip our hands,

in the dye, pack it in great embossed chests

for the East India Company.

Our ankles gleam thin blue from the chains.

many of the women killed themselves.

Drowning was the easiest.

Sometimes the Arhiyal gave us back

the naked, swollen bodies, the faces

eaten by fish. We hold on

to red, the color of their saris,

the marriage mark on their foreheads,

we hold it carefully inside

in the cold Paush night

holds in his cupped palms a spark,

feeds it his foggy breath till he can set it down

in the right place,

to blaze up and burst

over the whole horizon,

a burning so beautiful you want it